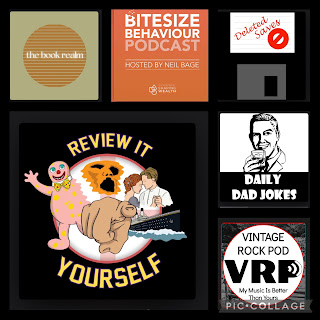 The ‘casts - (Notes spoken to Siri, and edited later if I remember) Review It Yourself - (1:07) August 24 2022: Sean and Bill - the dynamic duo of film podcast reviews! Bill and Sean’s podtastic adventure. I think those creatures at the beginning that they are talking about our prairie dogs? oh, they all go first. New clear fridge. Nuclear fridge. wow, I completely forgot that this came out the same year as ironman! Sean made me absolutely howled with laughter in the van at his impression of Bill on Bill show, LOL. “Love this podcast, hate this take!” Sean buying headphones. “Jonesy.” Sean mentions his appearance on Stew World Order about Batman And Robin.  Daily Dad Jokes - (0:03) September 30 2022: top September jokes  Deleted Saves - (0:06) December 29 2021: Phil looks at Iron And Blood: Warriors Of Ravenscroft on the PlayStation 1.  Bitesize Behaviour Podcast - (0:07) season 2 episode 8: December 21 2020: the Dunning-Kruger effect  Vintage Rock Pod (0:06) September 30 2022: Paul
Post a Comment
Read more 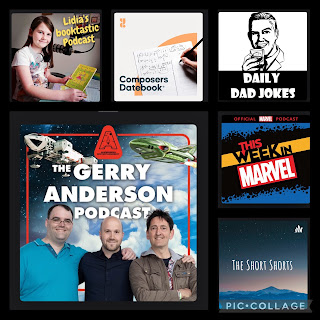 The ‘casts - (Notes spoken to Siri, and edited later if I remember) The Gerry Anderson Podcast - (1:47) pod 224: September 26 2022: intro. Chat. During this chat Jamie mentioned their fab new show artwork. Fab fact - film and TV crew snacks. Listeners feedback. News. Listener’s feedback. What’s your favourite Andergift? First of a four part interview that Jamie had with writer Chris Bentley. Did Jamie take offence that Chris didn’t realise that he knew Jamie earlier than he remembered? Listener’s feedback. Randomiser - Chris watches the episode Flight Path from the series UFO. “Here comes Arthur Daley to save the day!” Chris turned into David Byrne. Chat. Outro. Post show banter. The Decanter Detective.  This Week In Marvel - (1:08) September 30 2022: Ryan and Lorraine (Agent of hard cheese). They’ve got skeletons out for Halloween. Thor Love And Thunder now out to own on physical formats (DVD and Blu-ray). Competition to give away copies of the film in Blu-ray. I can’t apply because
Post a Comment
Read more 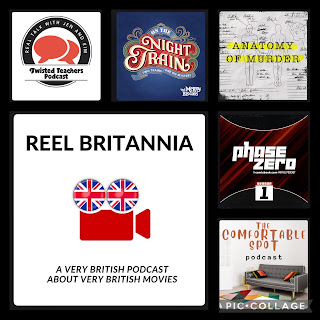 The ‘casts - (Notes spoken to Siri, and edited later if I remember) The Comfortable Spot - (0:57) March 27 2022: Ken chats with historian Tristan Hughes. During the discussion the subject of authenticity in films comes up, such as Alexander The Great, Gladiator, and Spartacus. They also talk about games such as Age Of armoured. Tristan does the podcast The Ancients for the History Hit network, a network started by Dan Snow. Tristan is written the book The Perdiccas Years, 323-320 BC, which interestingly looks at the aftermath of the death of Alexander The Great.  On The Night Train - (0:01) August 9 2022: Trailer… During a group chat recording on Wednesday night/Thursday morning. I said that there were probably podcasts about trains, so of course I looked. This is a drama podcast to do with trains, so let’s check it out, eh? This show is from The Merry Beggars productions.  Anatomy Of Murder - (0:03) September 22 2020: trailer  Phase Zero - (0:33) bonus episode 14: September 29 2022:
Post a Comment
Read more

Not The Pod Files 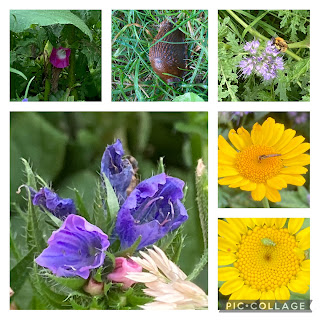 Tuesday September 20th, 2022 - Home at 8:10am. Asleep soon after until, erm, 1pm. Hopefully that will keep me sufficiently alert for today as opposed to my nodding off constantly.  Holy moly, my finger is killing after trapping it in a gate last night at work!  Checked out on MLB how the Mets, Orioles, and Yankees had done in their most recent games. I’m so far behind on this year’s baseball games.  Wednesday September 21st,    2022 -  I forgot what we did during the Wednesday. It’s a week later, and I have no idea what we did in detail… Let’s see… Shopping in town for Louise’s bits and bobs, food shop at Aldi where the homeless guy was there again.  Thursday September 22nd, 2022 -  She Hulk episode six was fun, but where is it leading? Is it actually going anywhere? Fight at a wedding in the episode, and other stuff. Some nefarious people not shown now have a vial of She Hulk blood.  Left my car at the garage in Newark for the MOT, as well as to replace the BCM, and I already ordere
Post a Comment
Read more
More posts